Joseph E. O’Hara has been the Executive Director of PEACE, Inc. since 2001. Joe has led the agency into a period of fiscal stability and program expansion. Under his stewardship, the agency annual revenue has increased from $14,370,154 in 2001 to $28,161,358 in 2010.   At the same time, staff has increased from 300 employees to 460 employees, and services offered to the community have increased across the agency.

Joe began his career in Onondaga County working for the Department of Social Services and then the Probation Department. He went on to hold leadership positions with the State of New York (including several years as Director of the State Fair) and Catholic Charities of Central New York. Throughout his career, Joe’s primary concern has always been helping individuals and families struggling to overcome the obstacles of poverty. He has worked consistently to improve the quality of life in Central New York for the most vulnerable populations.

Numerous awards have been presented to Joe, including the Waterford Crystal Award from the St. Patrick Day Parade Committee, the Outstanding New Yorker Award from the New York State Jaycees, and the Providence College Alumni Association Faithful Friar Award. Joe has played a major role in the community, serving in leadership positions with the Education and Human Development Committee of the City of Syracuse, Common Council of the City of Syracuse, Providence College Board of Governors, and St. Patrick’s Day Parade.

Joe and his wife Ann live in the Strathmore neighborhood of the City of Syracuse where they raised their four children. Recently they became grandparents. 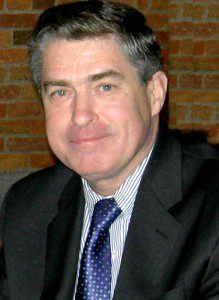