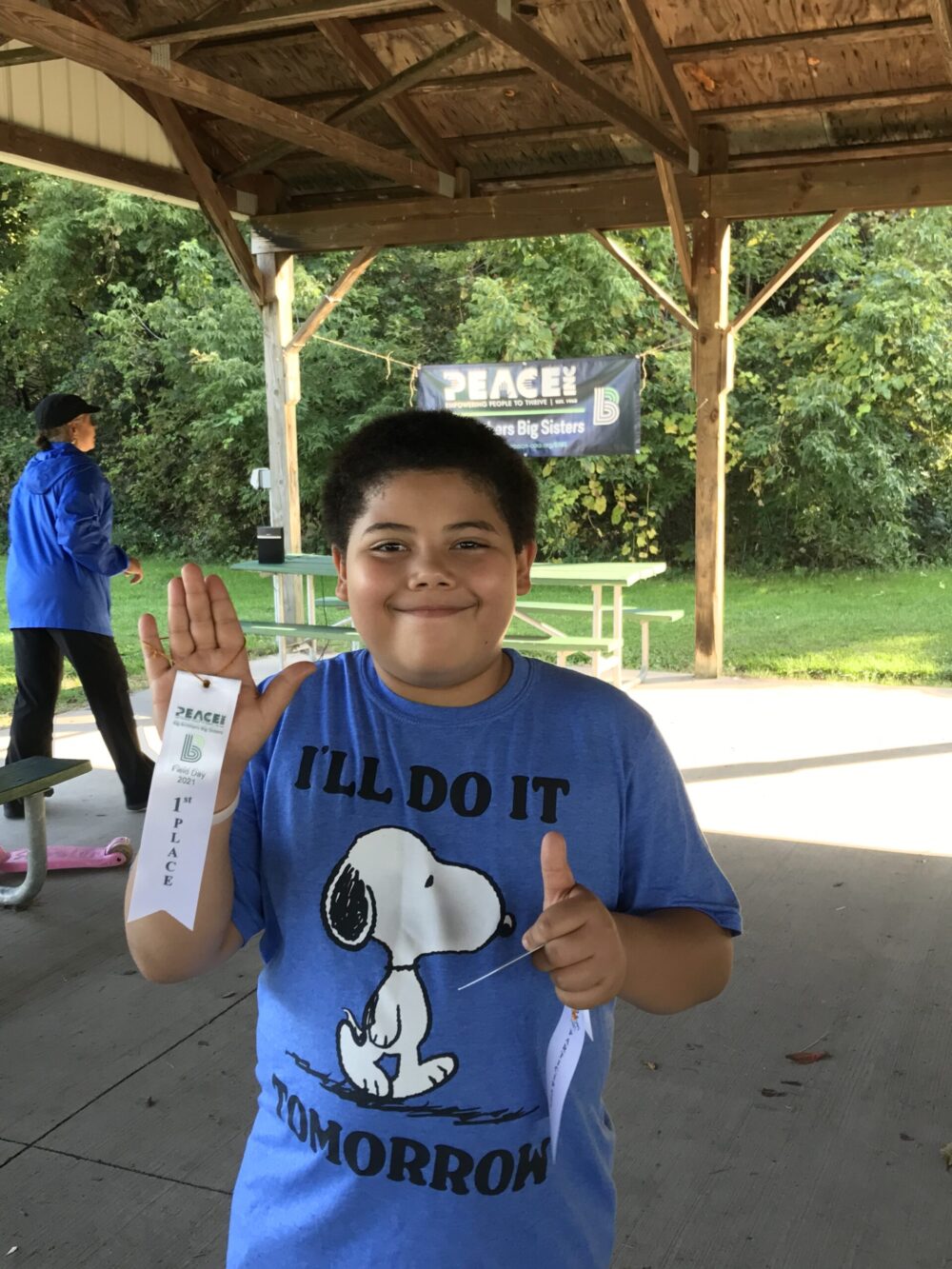 During the first weekend of October, we held 1st ever Field Day event at Santaro Park. Among the approximately 80 participants were Bigs and Littles, parents, a large group of Syracuse City School District honors students who served as volunteers and the Big Brothers Big Sisters staff. We were thrilled with such a great turnout as we saw a lot of smiles and heard a lot of laughter.

10 stations were set up around the park that offered either games or a competition amongst a Big and Little. All Littles that took part in the stations received a participation ribbon. Additionally, there was a winner for each station – each of whom earned a 1st place ribbon and a gift card. We also ran musical hula hoop as a group activity… which was quite a hit!!!

Delicious lunch options were provided by local Chick-fil-A owner and BBBS partner, Jimmer Szatkowski. Once again, we thank Jimmer for his continued support!